Send your questions to Shiva (and His friends) to lokahathayoga@gmail.com

When was the world made? 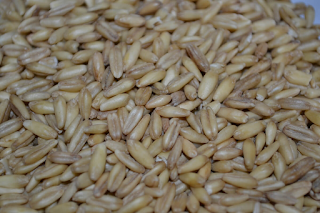 Shiva, when was the world made? And by whom? - Gregory

Om! Om! Om! Let Me ask you a question in return: "when and by whom was your breakfast made?

Did you make your breakfast - and when?

You obtained the oats, and cooked them, and put them in your bowl.  But did you make the pot that cooked them, or the plate?  Who dug the metal for your pot from the mine?  Who designed the automatic potter's wheel that formed your bowl?  And who operated it?  Who operated the electrical plant that turned the potter's wheel to form your bowl?  What was the name of the farmer who raised the oats, and the trucker who took them to the grain elevator for sale?  Who made their truck - and paved the roads?  They all anticipated one day that you would want to eat oats from a bowl, and would pay money for it - without even knowing your name.  Because you are not so different from all those other people eating oats from the same field, in bowls very much like the one you use today.

It is the same way with all things, even worlds.  Who made your world?  Your world was made because of numerous pre-existing conditions, all of which required countless conditions of their own. And who conditioned these things?  Or did they condition themselves because it is their nature?  Every molecule - every substance - in the entire universe is but combinations of form (in your universe, Hydrogen) in motion (Energy) through Time.  I am form.  Shakti, My wife, the wife of Vishnu, the wife of Brahma, is Energy.  Vishnu is Time.  Brahma is beyond Time, Form and Energy - the one who notices when and what things are, or have ceased to be.  And we are all each other, for none can exist independent of the other.

Did any one of us make your world?  Or did your world come to be because of our nature?  There are so many worlds that have formed and passed away, in this Universe and in all the others that have come into being and ceased to be - each conditioning each other, from the beginning to the end, and from the end to the beginning, continuously.

Not everything is "made."  Nor is everything which is "made" made by "someone."  Nor at at a particular "time."

Living and Learning Together